Around this time last year, I was in a state of euphoria. Soon I’d be in Washington D. C. covering the inauguration of our 44th President with other St. Louis Post-Dispatch reporters.

As a first-time visitor to the Nation’s Capitol, I was immediately humbled by the relevance of history and the struggles of my ancestors. The Declaration of Independence which declared all men “equal” except those of my hue took on new meaning. While gazing at the statue of President Abraham Lincoln, the dashed dreams of a freed but “inferior” people were rekindled. The whispers of hope gained new resonance as I stood near the Memorial where Dr. Martin Luther King, Jr. delivered his prolific “I have a dream” speech in 1963. 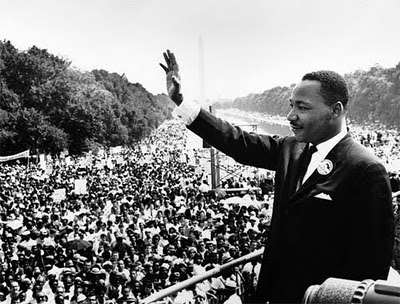 By the time Obama raised his right hand, faithfully swearing to execute the duties of the President of the United States I was overwhelmed with the conception that history had come full circle. This was the moment for which millions of brave souls lived and died. For me, Obama represented the culmination and continuum of valiant, hard-fought struggles for equality and opportunity. Forty years after the assassination of Dr. King, who epitomized “hope and change,” the inauguration served as a symbolic invitation to embrace the possibilities of humanity. 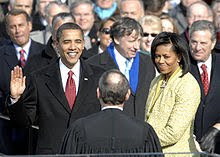 Today, however, my feelings have been tempered. In the afterglow of that historic moment, cynicism and frustration has returned and seems to be growing. According to a recent NBC News/Wall Street Journal poll, Obama’s overall job approval rating fell below 50 percent with only 33 percent believing that the nation is headed in the right direction. Choruses of high-profile black voices are expressing discontent, complaining that Obama has not done enough for disenfranchised blacks. Some, including members of the Congressional Black Caucus, are now vowing to hold Obama accountable if he does not turn his attention to our specific plights.

I won’t diminish these concerns. Nor will I attempt to defend Obama by pointing to the plethora of challenges he’s faced within his first year, which include a recession, skyrocketing unemployment, threats of terrorism and two wars in the Middle East. 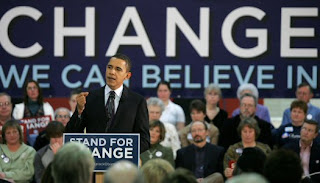 I will, however, speak to my haunting fear that we are missing “our moment.” Too many cling to the illusion of Obama as Messiah, the miracle worker who will heal our wounds and solve our dilemmas. Some have forgotten or are ignoring his call to pull together, work together and bring about the “change” we claimed we wanted.

Those of us overwhelmed with the disproportionate numbers of African Americans trapped in the nation’s prison systems, inadequate schools and soul-sapping ghettos forget that we have a resonate heart in the White House willing to roll up his sleeves and help us help those who have been long ignored and deemed disposable. 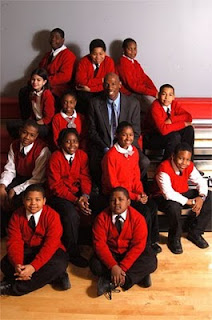 Fulfilling his campaign promise, the Obama Administration recently allocated $10 million dollars to replicate the poverty-fighting approach pioneered by New York’s Harlem Children’s Zone? The “Promise Neighborhoods” endeavor will fund the implementation of 20 comprehensive plans nationwide aimed at addressing the educational, health and other dire social deficits urban children need to survive and thrive within their own communities. Millions more in federal aid will be targeted toward establishing and maintaining the most feasible plans.

What if this endeavor served as a template for continuing Dr. King’s dream? Remember, it was King who, during his interview with Playboy Magazine in 1965, suggested a $50 billion economic aid package that not only compensated for centuries of denied opportunities but gave blacks and the poor a “do-for-self” chance to redress societal and economic neglect.

Obama, a community activist at heart, seems to be challenging urban advocates to come up with responsible agendas that he can support while avoiding accusations of racial favoritism. When outlining the goals of his Domestic Policy Council, Faith-Based and Neighborhood Partnerships advisory council, White House Office of Urban Affairs and other revamped agencies, Obama spoke of a new “federal approach” to tackle problems in “high-poverty” areas.

The Promise Neighborhoods program calls for a consortium of government, private sector, nonprofit, church and grassroots activism that offer comprehensive community-based services. What if black leaders developed a plan based on this initiative? Is it beyond our capabilities to create a comprehensive, fiscally-sound urban agenda that offers an umbrella of services designed to revitalize urban communities and reclaim wasted human potential?

Imagine a consortium that included grassroots agencies, urban municipalities, education and criminal justice system reformers -- all committed to offering “at-risk” youth and non-violent offenders viable alternatives to the deadly drug trade. What better time than now to help this president fulfill his promise to drastically lower the crime and prison recidivism rates? 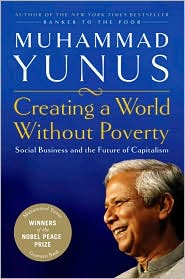 What if, when addressing unemployment and poverty, we implemented methods pioneered by Nobel Prize-winning banker and author Muhammad Yunus? Is it impossible to urbanize a groundbreaking effort that helped empower millions of Bangladeshi villagers?

According to Yunus, his success in Bangladesh is indeed duplicable in the United States. The Grameen Foundation, the Charles Stuart Mott Foundation, the Center for American Progress, Policy Link, Ashoka and other agencies and foundations are implementing microentrepreneurship, social entrepreneurship, profit-driven “social businesses” and other innovations aimed at creating thriving community-based urban enterprises, business co-opts and alternative energy jobs that will pump fresh blood into long-clogged ghetto arteries.

However, there’s a missing link between the goals of government and social agencies and the grassroots populations who must be inspired, activated and instructed to carry out a self-sustaining agenda. This void -- connecting the dots between best practices, good intentions and the urban community’s needs, can only be filled by those intimately aware and passionately committed to make significant change in short amount of time. 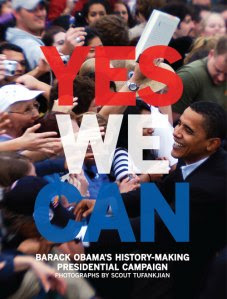 Nothing is promised. This is our time -- perhaps the only time to seize a fleeting opportunity to energize and empower long-ignored people and depressed communities.

Despite my fears, I am resolved to work with like-minded individuals who understand that Obama is not our savior – he is but a powerful resource we can utilize to save ourselves.

My New Year’s wish is to cling to that magical moment one year ago when a man who looked a bit like Malcolm and spoke a bit like Martin reminded me that history is a continuum, that this is “our time” to bring about the change of our ancestor’s dreams.

Posted by http://sylvesterbrownjr.blogspot.com/ at 8:15 AM 4 comments:

We are about one year away from the official swearing in of America's first black president. One year away and black backlash concerning Obama's commitment to addressing the economic and social woes African Americans face seems to be swelling. This trend is validated by the following articles:

Something Special for Everyone from Obama, But Not for Blacks

OPINION: Obama’s Indifference Is An Insult To Black Voters

Obama Defends Himself Against Black Critics

Black members of Congress have begun pressing their demands that the nation’s first African-American president do more for minorities hard hit by the recession, noting the billions of dollars spent on the wars in Iraq and Afghanistan and to prop up big banks and large corporations. Nationally,unemployment stands at 10 percent while 15.6 percent of blacks are jobless.

More detailed thoughts on this subject will be posted before the year ends. Here, I wanted to present articles so we can scrutinize and prioritize the complaints and dissatisfaction. In the wake of a historic election, this disturbing trend, if accurate, threatens to detour blacks onto a familiar path of discord and dysfunction. Booker T Washington, W.E.B. DuBois, Marcus Garvey, Martin Luther King and Malcolm X and other black leaders all viciously battled one another to the detriment of the collective.

What has a history of division taught us?

To quote a famous former Chicago community organizer; "This is OUR time!" Resonating within Obama's universal mantra was a subtle nod to the people whose ancestors entered the race for freedom, justice and equality some 300 years after other Americans.

The president never promised to "save us." However, he has provided the inspiration, government resources and a blueprint for us to save ourselves.

In the afterglow of a momentous election, we stand at a symbolic crossroad. We can continue a disturbing trend, plodding along a divisive path paved by unmet, Messiah-like expectations and in-fighting. Or, blacks can grasp the baton history has handed them, sprint like hell before the four-year clock times out and finally, finally assume our rightful place in an ongoing race.

Next: What If? A New Year's Wish
Posted by http://sylvesterbrownjr.blogspot.com/ at 10:10 AM 1 comment: