What if the Tea Party were black?

Anti-racist writer and activist, Tim Wise, once again demonstrates why is "One of the most brilliant, articulate and courageous critics of white privilege in the nation," according to Dr. Michael Eric Dyson. In this recent CNN interview Wise asks a relevant and thought-provoking question: "What if the Tea Party were black?"

If the Tea Party was Black they would be assassinated by police and infiltrated by COINELPRO. Fox News would demonize them as anti-American radicals and their leaders would be arrested. If Black people would spit on white lawmakers and started forming militias, the right wing would call for Apartheid type laws. 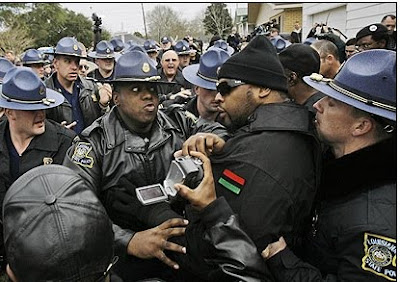 Posted by http://sylvesterbrownjr.blogspot.com/ at 6:32 AM 4 comments: