Sylvester Brown, Jr.
Posted by http://sylvesterbrownjr.blogspot.com/ at 7:06 AM No comments: Links to this post 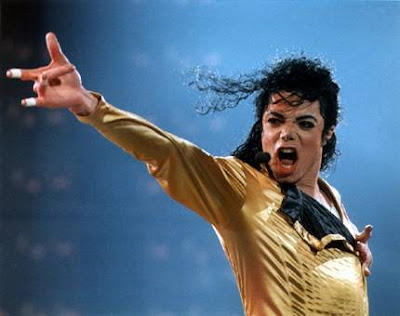 Like a comet
Blazing 'cross the evening sky
Gone too soon …

As a child, my sister Patricia had an active imagination. In her mind, retired actors and actresses, like Doris Day, hung out in our neighborhood. She also claimed that certain celebrity families were somehow distant, distant relations of ours.

Of course, I made fun of her, but for more than 39 years, I secretly cleaved to one of Pat’s wacky fantasies – the notion that the Jackson 5 were our distant cousins.

She concocted the story sometime around 1970, when the group appeared on the Ed Sullivan Show. The single “I Want You Back,” off the 1969 album, “Diana Ross Presents the Jackson 5” was already booming loud in our neighborhood. But the variety show appearance would be the first time my family would actually see the popular bubblegum group perform.

It’s hard to explain the impact the show had on me at that time. This was two years after the assassination of Dr. Martin Luther King, Jr. I was 12 years old and the majority of TV images of black people had to do with civil rights demonstrations, skin-ripping water hoses trained on black marchers, slathering dogs and angry police and bloody riots.

When my siblings and I watched The Jackson 5 before and after the Sullivan Show, we saw a different side of ourselves. We saw five, ultra-talented brothers with perfectly coiffed, circular Afros, puffy, big-collared pastel shirts, electric leisure suits, and, every now and again, colorful “Little Joe” hats (we named the hats after Joe Cartwright from the TV show, Bonanza).

Like everyone else, my family was hypnotized by the jaw-dropping stage persona of the youngest member of the group, Michael Jackson. The child was James Brown, Jackie Wilson, Sam Cooke all rolled into one gliding, sliding, twirling, crooning pint-sized package of talent. 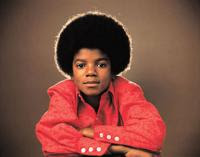 I suppose latching onto the notion that “Little Mike” was my cousin, served as a salve to treat the persistent wounds of poverty, despair, deprivation and hopelessness that was my early life.

The Jackson Family seemed like my own. Michael’s parents had nine kids; my mother had eleven. Reportedly, the Jacksons, like the Browns, were Jehovah’s Witnesses. The religion dissuaded its members from pursuing “worldly” ambitions. Michael showed me that there indeed was a compromise between loyalty to a deity and loyalty to one’s creative urges.

Like a castle
Built upon a sandy beach
Gone too soon

In Michael, I recognized the inner-turmoil one suffers when rejecting the comforting, yet stifling, religion of their youth. Still, Michael humbly acknowledged a “Higher Power” and lyrically emphasized the universal principles of “right and wrong” and protecting the weak. His music spoke to mankind’s responsibility to “beat swords into plowshares," to “judge not” and to do our dead-level best to "Save the World."

My mythical kinship kept me solidly by Michael’s side, no matter how eccentric his behavior or looks became. He was an old soul, not of this world, a man/child existing in a society that defines great brilliance as “weird” and kills what it does not understand.

I didn’t need to watch Michael defend himself against charges of child molestation in the 60 Minutes interview. If people really wanted to understand him, he told the late Ed Bradley, all they had to do was listen to his song, Have You Seen My Childhood:

“People say I'm strange that way
'Cause I love such elementary things,
It's been my fate to compensate,
for the Childhood I've never known...”

The cry for understanding and unrequited love was evident but, for me, unnecessary. Michael was a man addicted to purity and motivated by the pain or unfettered laughter of a child.

The millions he donated to cure childhood diseases; the time he spent with sick and dying children; the images in his videos of kids juxtaposed against scenes of war, death and violence – as far as I'm concerned - offset the charges of those seeking monetary reward after claiming Michael molested their children.

The media lavished in the ugly rumors and propagated the “Wacko Jacko” persona. High-profile individuals salivated at the prospect of Michael losing his riches, his fame or his prized Beatles' music catalogs. They joked as the criminal justice circus literally stripped Michael of his dignity and tried to break his spirit.

It’s infuriating and painful to watch some of these same media and celebrity types now express their woes and admiration for an entertainer they helped push to an early demise.

Like millions of others, my head bobbed to Don’t Stop ‘til you Get Enough, Beat It, Thriller, Bad, Dangerous, Invincible and countless other upbeat MJ hits. But Michael’s ballads, the powerful messages inherent in songs like Will You be There, Earth Song and You are Not Alone, his consistent challenge to Heal the World and his reminder that We Are the World rocked my soul.

Michael banged the drum of "change" long before Obama became its worldwide symbol. No entertainer, as far as I'm concerned, utilized the richness of diversity better to make strong societal statements and remind all that we are mostly separated by the age-old demons of ignorance, arrogance and fear.

Michael Jackson, the boy with the musical mannerisms of a man and a man with the characteristics of a boy, died Thursday. It’s hard to fathom a talent so large, a passion so raw and powerful -- gone.

How could a heart so huge possibly stop beating?

As much as I anticipated Michael’s musical comeback, the new dance move (rumored to be bigger than the Moonwalk) and another MJ song with a universal challenge -- these were simply selfish wishes. I wanted Michael’s genius re-validated, his greatness re-affirmed.

In reality, a “comeback” would have just introduced another ebb and flow of popularity and pain inherent in a fleeting, narrow-minded, toxic society intent on destroying messengers of peace and change.

Therefore, even though my heart aches, I take a small measure of comfort in Michael’s passing. He had unbelievable inner-strength but, like watching a loved one slowly waste away from cancer, it pained me to watch Michael's spirit dissolve.

In death, he has assumed the deserved and designated role of a true icon. In death, the stampede of love, loss and longing will grind hateful, greedy innuendo into dust. In death, Michael Jackson's legacy, music and messages will live on unencumbered.

The pain has ended.

Please know this, Michael; you did what you came here to do. You may finally rest in peace.

Farewell, Little Cousin, I will miss you.

Posted by http://sylvesterbrownjr.blogspot.com/ at 6:32 AM No comments: Links to this post

From MEDIA MATTERS FOR AMERICA: 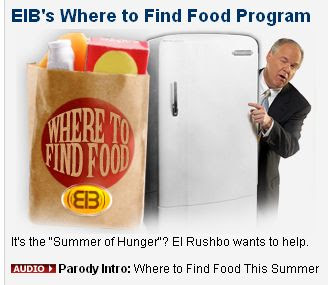 Limbaugh suggested that "kids losing weight because they're starving to death" is a benefit of school being out for the summer. On the June 16 edition of his radio show, referencing a report that children "face a summer of hunger" because "[w]hile classes were in session, they relied on free or discount cafeteria meals ... [b]ut they will not be reached by the patchwork summer food programs financed by" the federal government, Limbaugh stated that "a summer off from government eating might be just the ticket" to curbing childhood obesity. He later characterized children "starving to death out there because there's no school meal being provided" as "one of the benefits of school being out."

Limbaugh to children: Can't find food? "There's always the neighborhood dumpster." Also on his June 16 show, Limbaugh challenged Summer Food Service programs by criticizing children for not knowing how to find food. Limbaugh first suggested that children should "try your house," and "if that doesn't work, try a Happy Meal at McDonald's." He concluded, "There's another place if none of these options work to find food; there's always the neighborhood dumpster."

As we documented, mocking hungry children was only the latest salvo in Limbaugh's ongoing war on the poor. In fact, Limbaugh frequently makes light of the plight of the poor and derides the programs designed to aid them.

During the health care reform debate, Limbaugh devoted several segments to ridiculing people who couldn't afford health care. For example, he called the story of a woman who wore her dead sister's dentures because she couldn't afford her own the "sob story of the day" and further mocked the woman's plight by saying, "So if you don't have any teeth, so what? What's applesauce for?"

And while Limbaugh spends much of his time attacking those less fortunate than he -- including hungry children -- he will always stick up for those he sees as the true victims in our society: huge, irresponsible corporations.

Posted by http://sylvesterbrownjr.blogspot.com/ at 7:31 AM No comments: Links to this post