Horror in the House of Ill Repute 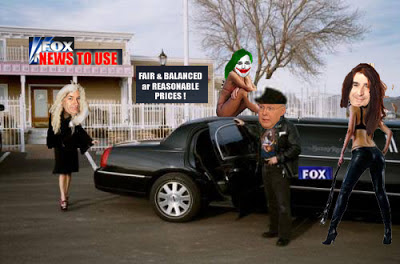 It wasn't long after starting at the St. Louis Post-Dispatch, that I noticed the insidious effects of corporate media control. Fear of being downsized or "let go" seized our newsroom after it became controlled by a corporation. The bottom line and appeasing Red State subscribers and advertisers seemed to take precedent over news that gave them discomfort. This trend dominated all domains of the Fourth Estate. No longer was it the "fourth branch of government" that ensured access to essential information and ensured the health of democracy. Radio, cable and social media competition has forced many newspapers (the New York Times remains an exception) to compromise their values and present news that is "balanced" even when it betrays their liberal platforms. 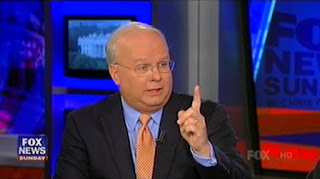 There is no greater example of this than FOX News, which, in my opinion, is nothing more than a media brothel specifically created to serve a hungry base and appease right-leaning Johns with the biggest wallets. With a variety of seedy call girls from Sean Hannity to Glenn Beck (whose no longer with the network) to more subtle elite escorts like Bill O'Reilly, FOX delivers faithfully regurgitated GOP talking points, seeks to besmirch the enemies of the far Right and delivers the joys and comfort that their paying customers need to maintain illusions of masculinity and dominance.

However, when the Johns are given too much power in the House of Ill-Repute the giddy arrangement can backfire. Take, for instance, the election night debacle when Karl Rove, a Fox News contributor took issue with the network's decision to cede Ohio to President Barack Obama. Keep in mind, Rove is the brain trust behind Crossroads GPS (Crossroads Grassroots Policy Strategies), a conservative super Pac that, along with Americans for Prosperity, launched in part by billionaire brothers David and Charles Koch, spent an estimated $60 million to influence this election.

It was an awkward moment when the John took hosts Bret Baier and Megyn Kelly to task for daring to report an obvious outcome. Watch the video below and witness "journalism" at its lowest.

Posted by http://sylvesterbrownjr.blogspot.com/ at 10:50 AM No comments: Links to this post 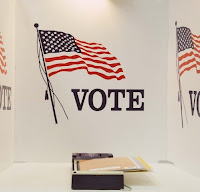 Tomorrow, no matter who's elected President of the United States, many of us will breathe a sigh of relief. The negative, deceptive, vitriolic, contradictory campaigning will be over. Billions will have been spent in an effort to influence our decisions but Tuesday's vote boils down to one fundamental reality; each and every one of us will be responsible for future tomorrows. In this great country of ours-dictated as it may be by money, power and fear-we, the American people, still have the power to determine the country's future.

This has been a campaign of fear -- fear of a fractured economy, fear of massive unemployment; of wars in faraway lands, fear that the "47 percent" will be punished by the powerful "1 percent"; fear that the "American Dream" of past generations has been denied those of us one paycheck away from poverty. 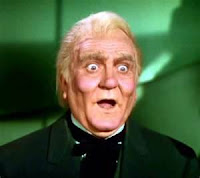 With great OZ-like power, the well-funded wizards behind the curtain have bamboozled millions of broke, unprivileged, uninsured and under-insured Americans that the biggest threat to our democracy is "Obamacare."

The GOP has done a magnificent job of convincing voters that the nation's deficit and the Great Recession was not fueled by the actions and in-actions of a Republican Administration. With the aid of billions from shadowy sources, they have effectively portrayed President Barack Obama as the architect of our nation's woes. They have managed to rewrite a script of a bull-headed Congress that was intent on holding Americans hostage in lieu of tax breaks for the wealthy. They have created the phony argument that a massive mess created in eight years was supposed to be magically cured in four.

With great OZ-like power, the well-funded wizards behind the curtain have bamboozled millions of broke, unprivileged, uninsured and underinsured Americans that the biggest threat to our democracy is "Obamacare." A miraculous marketing coup has been accomplished where economically oppressed voters believe their interests are intertwined with those of fat-cat investors, oil men, insurance companies and "big business." The Wall Street "bad guys" of 2008 are now repositioned as America's saviors in 2012.

We must separate fear from facts. Three irrefutable factors led this country down the deficit highway and into a crushing recession; two unfunded wars, Bush-era tax cuts for the wealthy and the mortgage crisis. Republican presidential candidate, Mitt Romney-already a saber-rattler in regards to Middle Eastern affairs, a staunch defender of continued tax breaks for the rich and a proponent of big business "trickle-down" economics is a rerun of a selfish agenda that tolerates expensive, life-snatching wars, that coddles the already rich and pampered and punishes America's most vulnerable citizens.

The GOP is convinced that fear will motivate us to vote while pinching our noses. They are confident that our concerns about social security, access to college for all, tending to the needs of the poor, homeless, elderly and the generational disenfranchised will be overshadowed by an illusion of a presidency that failed in four years to right the wrongs created in eight. 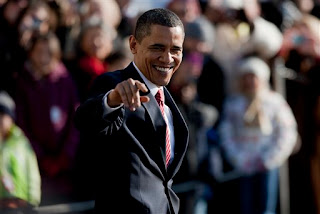 I totally get the frustration of those who expected a quick-fix. Obama has become a victim of his own rhetoric. Many Americans bought into the mantra of "hope and change" but ignored the president's message that he could not do it alone. If anything, Obama underestimated partisan pushback and the willingness of a pampered society to sacrifice and boldly fight for the "change" he represented. Flaws in delivery aside, his record and our common sense tells us that he has been and will be dedicated to America's recovery and strength domestically and abroad. The Romney/Ryan Administration, on the other hand, comes with an unspecified agenda and specified linkages to the policies, privileged power plays and wrong-headed thinking of the Bush Administration.

Whatever you do in the voter booth on Tuesday, I urge you to rise above your fears. Tomorrow is not about the woes of the moment; it is about the tomorrows of our children. Once again, society has thrown down the gauntlet before us. Shall we tell our children that we cowered and allowed our fears to dictate their future? Will we accept the nebulous guarantee of more jobs and a stronger economy, at the expense of the already poor and downtrodden? Will we fall for a revised script and turn the reigns of our destiny over to those who drove the country into the ditch in the first place? Or, shall stay the course and commit to four more years of imperfect but steady progress.

Tomorrow, the choice of our tomorrows is in your hands.


Sylvester Brown, Jr. is a St. Louis-based journalist, board member with the Peace Economy Project (PEP)and founder of When We Dream Together, a local nonprofit dedicated to urban revitalization.

Posted by http://sylvesterbrownjr.blogspot.com/ at 3:36 PM No comments: Links to this post