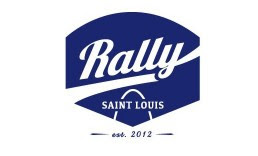 “I learned that there are a lot of ways you can get a product out there and get them sold.”
– Charles, 15, 2012 Sweet Potato Project youth


As you may know, I and the board of the North Area Community Development Corporation (NACDC) are frantically trying to raise funds for the 2013 Sweet Potato Project. We maintain that we will never be able to significantly reduce crime or the fatalities of young people in low income communities of St. Louis until we offer more opportunities that can compete with the deadly drug trade. Sadly, too many youth surrounded by negativity and few examples of successful entrepreneurism in low-income communities they can relate with, get involved with illegal activities mainly to generate income. They have no idea that opportunity and self-sufficiency is right outside their doors.


With this in mind, we were ecstatic to learn about the Rally Saint Louis project (read more Rally StL here), a first-of-its-kind crowd-sourcing and crowd-funding platform that generates ideas and uses funding from the region’s residents to help market greater Saint Louis. Unlike traditional crowd-funding efforts, Rally Saint Louis is a grassroots movement powered by its people and backed by a diverse team of influential St. Louis supporters. Each month, the top five vote getters are chosen to move to a funding phase.
Once again, we're turning to our supporters for help.
Because our goal is to make the Sweet Potato Project a national template for urban renewal and job and small business creation, we are more than pleased to have been accepted as one of Rally St. Louis' projects. We're hoping this will generate the kind of excitement and support needed to not only kick off an expanded program this year, but to involve and engage the larger community in a ground-breaking effort to revitalize long-neglected communties.


“I got maturity, experience on establishing a hard foundation and running a business. I learned about employees and how to advertise my products.”
- Keon, 2012 Sweet Potato Project youth
The immediate goal is to foster a generation of youth in North St. Louis who take ownership of troubled neighborhoods. With knowledge, exposure and engagement they receive through this program, youth are empowered to become change-agents in their own communities.
“The presenters gave us positive activities and provided a different look at what’s out there and what’s possible.”
- Marquita, 2012 Sweet Potato Project youth
Our 2013 goals include securing a home to conduct classes and prepare cookies, embedding the project into a specific neighborhood (21st Ward in North St. Louis) and engaging residents within the area for the long-term vision of food-based economic stability and sustainable jobs ( see model for sustainable communities here).

The Sweet Potato Project has been a grassroots effort from its inception. The 2012 pilot program was severely underfunded but thanks to the support of a few agencies, corporate supporters, presenters and generous donors, our kids created their own product (sweet potato cookies) from produce they planted and began making limited sales late last year. 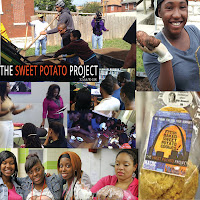 We need your votes to help excite the entire St. Louis region about our project and its long-term potential. Please visit our page Rally St. Louis  and vote often and with passion. I'll keep you updated on our progress.
Here's thanking you in advance for your continued support. - SBJ

CLICK HERE TO VOTE FOR THE SWEET POTATO PROJECT


Posted by http://sylvesterbrownjr.blogspot.com/ at 8:53 AM No comments: