No More Fergusons Part II: Through the Eyes of Our Kids

On Wednesday, August 9th, I stood in the audience of the William J. Harrison Education Center, beaming with pride as the Sweet Potato Project (SPP) students kicked off their end-of-summer event. One thought kept reverberating in my head as the teens talked, sang and spit rhymes about their new friendships, planting produce, making products, starting their own businesses and reclaiming communities:

SPP has received the support, time and commitment from people of all races and faiths-whites, blacks, Christians, Jews, Muslims and more. We “get it,” too, because our students have cautiously allowed us into their fragile worlds. They've granted us the privilege to see their potential, fears and frustrations. We see how they've become a tighter, more conscientious and informed clique and the lessons we've shared this summer seems to have taken root.
LaTanya Reeves of Enterprise Bank & Trust oversaw our financial literacy courses. She arranged to have Tyler Sondag from SLU’s John Cook’s School of Business give the kids a basic course in business plan development. To my surprise, within a week, most got the essentials and a few came up with rudimentary but bold plans.

Edie Adams, 18, was excited to share her idea about creating an inner-city real estate company that focused solely on securing vacant city lots that would be sold to individuals interested in redeveloping the land for farming and housing developments.
Then there’s quirky but lovable Mike, 18, a kid who researched food companies to draft his business plan for the Sweet Potato Project. I won’t disclose 17-year-old Tytianna’s plan but I will say that this shy, withdrawn young lady came up with an idea that could very well revolutionize the multibillion dollar cell phone industry.
Three days after our celebratory event, an unarmed teen, Michael Brown, 18, was shot dead by a Ferguson police officer and all hell broke loose. Unlike the media’s salacious focus on “looting and rioting” young people, we saw the catastrophic incident through the eyes of our students.

Raymond, 17, is a student who had no fear expressing unpopular opinions in class on topics such as sexual promiscuity, black-on-black crime, religion and respect for the law. This conservative-leaning kid exhibited disgust and hopelessness with “the system” after the Mike Brown shooting.

There are those who cling to the images of stealing or bottle-throwing black youth to justify the militarized assault on young protesters. I wish these callous commentators could meet Travion-a tall, dark-skinned, deadlock-wearing 19-year-old who has earned praise from our instructors and the business-owners we visited this summer. My heart dropped the day Travion told me:

About the third week of classes, Travion and his brothers, Antonio and Arthur became rather sullen. They were too playful, too distracted and sometimes disruptive. One day, one of our instructors, Muhammad Raqib, called the brothers out on their behavior.
“Mr. Raqib, you don’t know what we’re going through!” Antonio shot back.
He elaborated, telling the class how he and his brothers attended a party and, in the midst of the festivities, their uncle was stabbed in the neck by a female acquaintance. Antonio spoke of the helplessness he felt as he tried applied a towel to a wound that eventually robbed them of their beloved uncle.
You see, our kids grapple with death; navigate poverty, gangs, drug-related violence, public ridicule and racial mistrust. Yet, they remain hopeful, creative and open to the notion that they can make positive change in their neighborhoods.

As I listened to the numerous "Mike Brown" songs that's been released, I thought of Devon, a kid we nicknamed “Lil’ Usher” because of his resemblance to the entertainer. Devon is just as comfortable crafting a beat as he is articulating ways to attract more youth and create jobs for his peers and siblings.

We've learned that "respect" is a big thing among our students. Marquita, 20, has been with us since 2012. She has the stage presence and media skill to articulate our mission on camera or in front of small and large groups. She has talent and value but when Marquita feels disrespected, she’ll dig her heels in and refuse to budge until she feels her voice has been heard.

Meet Nadia, 19-a fast-talking dreamer anxious to tackle the world. In class last year, Nadia talked about “the jump-out-boys”-plainclothes policemen, she said, who constantly harass her and her friends as they walk the streets or stand in front of their homes. The officers, she added, purposely try to provoke the youth with insults and racial expletives while rummaging through their pockets.

Thankfully, police brutality has been an ongoing discussion in our classes. To address the fears of our students, we've had high-ranking officers talk with them about effective ways to interact and resolve issues with police. It saddens me that most of what we've told them has been betrayed by police who see them as angry, violent stereotypes. We've worked with enough kids over the past three years to know that they’re no different from the young protesters in Ferguson. 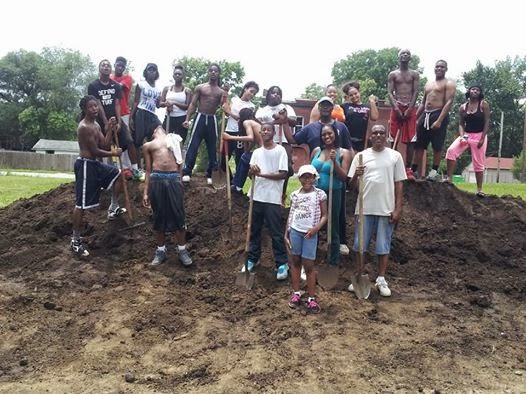 The Sweet Potato Project’s basic mission is to bring “community” back to communities. We recruit “at-risk” teens, teach them how to grow food, harvest their yield, create food-based products and learn to be entrepreneurs in their own neighborhoods. We remind our youth that it is their responsibility to create positive change that will provide opportunities for their siblings, peers and parents.
However, telling them this is not enough. We have to build fertile environments for the seeds we’ve planted to flourish. Imagine teens and adults growing food together in St. Louis and in municipalities like Ferguson. Imagine these young, “urban pioneers” working side-by-side with community stakeholders building communities where everyone is personally, socially and economically vested.

I can go on and on about our other students-Tabby, Zavier, Nautica. Ranesha, Marissa, Dashia, Darryeon, Daja, Keon, Andivar, Maurice and the twins, Sherry & Terry. These are the faces I saw as police gassed, arrested and shot rubber bullets at protesters.
I’m always concerned about the period between the end of summer classes and the beginning our fall, winter and spring program. Raising money is a 24/7 challenge and I find myself fearing that we will lose kids within the fund-raising gap. 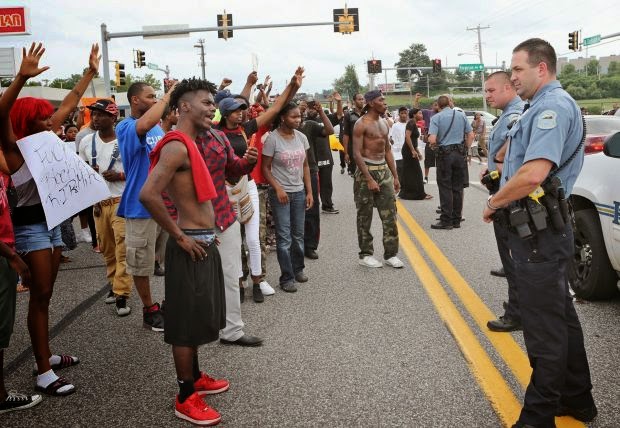 The Mike Brown travesty has convinced us at SPP that we’re on the right path. Getting our kids back to class, tending our gardens, harvesting and producing sweet potato-based products is our immediate directive. With your help perhaps we can go further. Perhaps we can keep our promise and help build a generation of youth who will be the stewards of a bold, new vision to reclaim and revitalize North St. Louis. 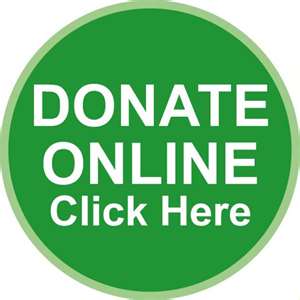 Click button to donate to the Sweet Potato Project
Posted by http://sylvesterbrownjr.blogspot.com/ at 4:05 PM No comments: