Rewarding the Young Soldiers of Justice

“In the name of the greatest people that have ever trod this earth, I draw the line in the dust and toss the gauntlet before the feet of tyranny, and I say segregation now, segregation tomorrow, segregation forever.”
– Alabama Gov. George Wallace

The privileged and powerful possess a certain kind of arrogant ignorance. It prevents them from seeing how they will be viewed by the world or recorded in history. Remember that look of obnoxious righteousness the late Governor George Wallace's face during his stupid attempts to prevent black kids from integrating Alabama elementary schools? Think back to the jubilant faces of Roy Bryant and J.W. Milam after they were acquitted of murdering 14-year-old Emmett Till? A year after the 1956 trial, the pair (because of double jeopardy) publicly admitted to killing Til. They were paid handsomely to tell their stories to publications like LOOK Magazine without repudiation. 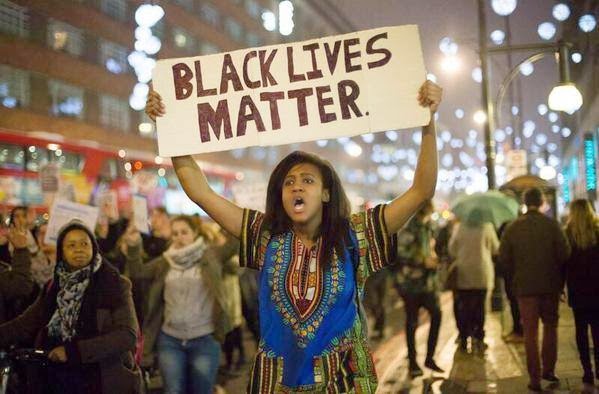 Fast forward to 2014. With public demonstrations in Atlanta, Boston, Chicago, Los Angeles, Oakland, New York, Washington D.C., London and elsewhere, St. Louis’ powerful and privileged seem oblivious to how they’re viewed around the world or how backwards the region will appear in the nation’s history books. With stubborn determination, brute force and legal trickery, they exonerated Darren Wilson-the Ferguson cop accused of killing an unarmed black teen. With one fatal swoop, St. Louis, Missouri became the new Selma, Alabama and Darren Wilson (as he makes his media rounds) as the new  Bryant and Milam.

Once again, the region has missed a magic moment: Demonstrators-many of them young and newly activated have creatively, audaciously and consistently given us potent scripts: “Don’t Shoot, Black lives matter, No more killer Cops!” With the “no-indict” grand jury verdict, the status quo provided a dangerous counter narrative: “We will shoot; Black lives don’t matter and we will protect ‘killer cops.’” 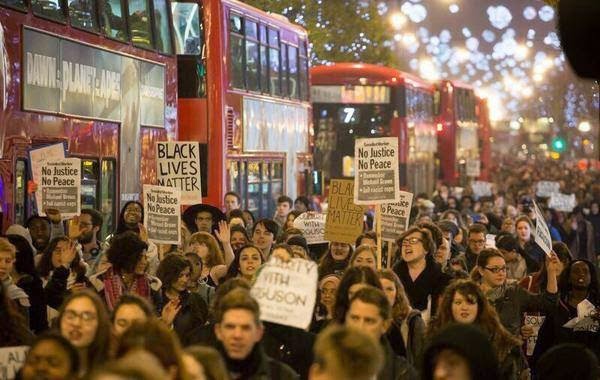 No matter what side one falls on regarding Wilson's guilt or innocence, the judicial process was tainted. If you or I shot an unarmed suspect and more than one witness said the man had surrendered, we'd be in a trial trying to prove our innocence. Wilson, simply because he was a cop, was coddled by the powerful, allowed to skip due process and is celebrated by many as a "hero."

Arrogant ignorance prevents the region’s elected and appointed officials (and those who tolerate their racial nonsense) from seeing the damage they've wrought. Young St. Louisans struck an international chord that's resonating with millions around the globe. We taught our young to side with human rights, to stand against tyranny-no matter the source. We drenched their brains with the mantra of “liberty and justice for all.” Yet, when they stood up for justice; we treated them like domestic terrorists and assaulted their sensibilities with sanitized chicanery and legal subterfuge.

The privileged and powerful don’t seem to realize that our youth-future lawyers, doctors, teachers, artists, writers, technicians, construction workers and more-are not stupid. They know what “justice” looks like and, with all the resources of the Internet, they can quickly detect, dissect and discard the establishment's manure as soon as they smell it. 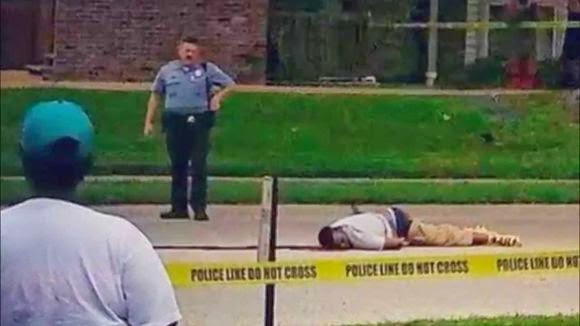 They saw it moments after Mike Brown was shot; when cops left his dead body on the ground for four hours. They felt it when police responded to their angst with dogs and automatic weapons. It was crystal clear when commanding officers used tanks and tear gas to stifle citizen frustration. They knew the “huge, dangerous black man” defense was again in play when Ferguson Police Chief, Thomas Jackson, released an edited video of Mike Brown stealing a pack of cigarillos but refused to release the name of the cop who shot him. They sensed the anatomy of injustice when supervisors failed to order Wilson to turn in a mandatory incident report after applying deadly force. With no written statement, he had the unheralded advantage to craft an after-the-fact story based on witness accounts.

They sensed the anatomy of injustice when supervisors failed to order Wilson to turn in a mandatory incident report...with no written statement, he had the unheralded advantage to craft an after-the-fact story based on witness accounts.

They instinctively knew the whole grand jury process was a sham orchestrated by a biased prosecutor, Bob McCulloch. With a mother, brother, uncle and cousin that worked for the St, Louis PD and a father-a city cop killed by a black suspect in 1964-those calling for justice expected none from the county prosecutor. Rarely will defense attorneys allow their clients to appear before a grand jury. Protesters understood Wilson’s appearance before the grand jury was a signal that he had a friend in the prosecutor’s office.

They called for a special prosecutor because they knew McCulloch would use the process as political cover to exonerate Wilson. An example of the prosecutor's misuse of the grand jury system was reported by MSNBC's Lawrence O'Donnell who noted how assistant prosecutors handed jurors a copy of a 1979 Missouri law that was ruled unconstitutional by the Supreme Court in 1985. This is why St. Louis attorney and president of the National Bar Association, Pamela Meanes, publicly expressed concerns about the way McCulloch mis-handled the grand jury process. The "why" was explained by award-winning author and journalist Bryan Monroe in this Huffington Post commentary: “...it’s clear prosecuting attorney Robert McCulloch never had any intention of indicting officer Wilson. Never.”

Young people gave St. Louis the grand opportunity to grow beyond its segregated, backwards and predatory ways. Through their actions and media coverage, the region was exposed as one that has failed its citizens. 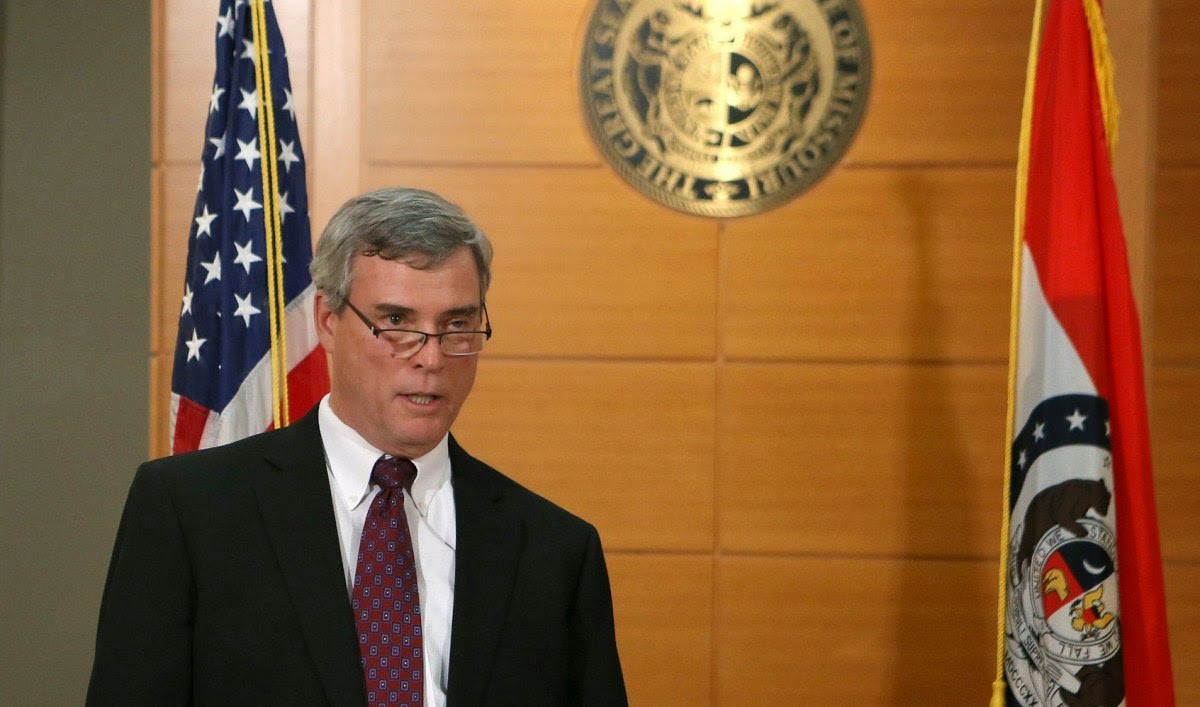 It’s sad, really. Young people gave St. Louis the grand opportunity to grow beyond its segregated, backwards and predatory ways. Through their actions and media coverage, the region was exposed as one that has failed its citizens. The world learned that our 90 or so municipalities (some generating 70 percent of its revenues) where profiting off poor people of color. It was mostly brave young people who shoved the issues of police shooting unarmed black men and out-of-control “militarized police forces” upon our national consciousness. Young people, willing to sacrifice their “freedoms” for ours, helped us confront and correct our demons. In return, we villainized, brutalized, targeted and detained them. 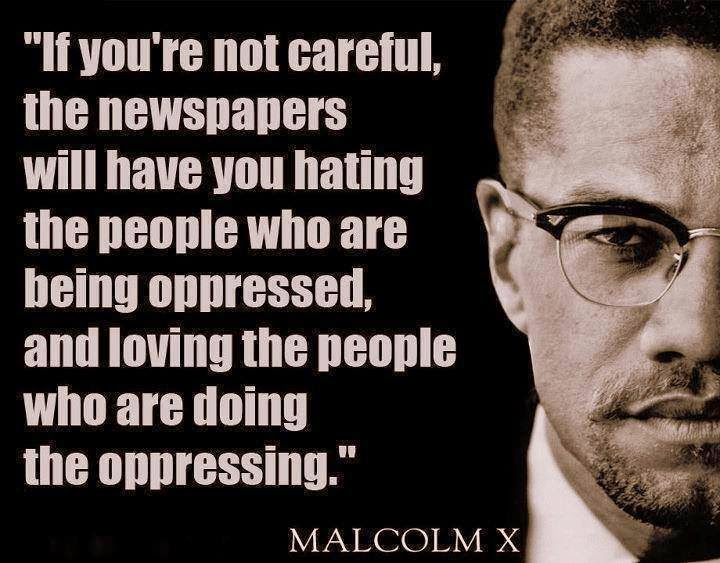 The conservative mainstream media and the stoic, “powers-that-be”stubbornly dedicated to defending one cop, played mind-numbing games, changed the rules of civic engagement and spent millions to arm an already over-armed police force. In the annals of history, St. Louis 2014 will be seen as a continuation of 1960's-era police brutality.

In the annals of history, St. Louis 2014 will be seen as a continuation of 1960's-era police brutality.

Conservative and Corporate media tried in vain to keep the focus on the few incidents of violence and "looting" while minimizing the power of peaceful protests here and around the world. Demonstrators didn't confront tear gas, batons, flash bomb grenades, tanks. jail time and cops with military-grade weaponry to be demeaned by the press. They didn't ask Governor Jay Nixon to create an “Office of Community Engagement” staffed by employees with six-figure salaries. Manning yet another "commission" to study the “underlying social and economic conditions” of Ferguson and the region was not on their request list.

No, our young people, guided and supported by seasoned elders of the movement asked for one thing: JUSTICE! 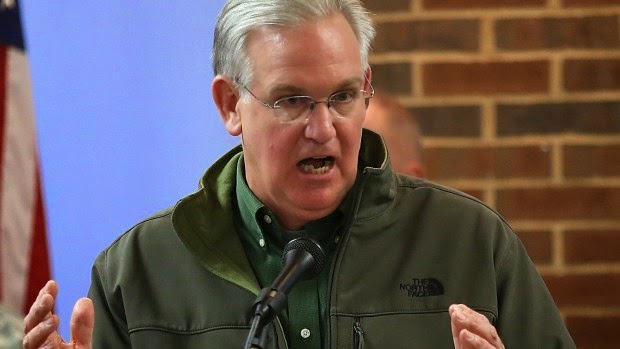 We failed to reply to that simple, moral appeal. With the world watching, the status quo sided with “injustice.” In light of this betrayal, the region should embrace the challenge of utilizing the refreshing energy of its young people. Their genius was evident in their slogans ("Hands Up!"), protest tactics, T-shirts, poems, lyrics and songs about the killing of Mike Brown. We don't need to appoint the already politically and economically-connected to "fix" Ferguson. How about empowering and employing the youth who boldly and creatively confronted injustices in St. Louis?

How about empowering and employing the youth who boldly and creatively confronted injustices in St. Louis?

In late August, NPR journalist Michel Martin, Beyond Housing's  aCEO, Chris Krehmeyer and I were guests on Don Marsh’s St. Louis on the Air program. In that conversation, I said St. Louis’ real challenge is not only stamping out segregated neighborhoods in the region but tackling “segregated thinking” as well.

The privileged and powerful are victims of this malady. In city and county police departments and municipal offices this sick, seeded notion that black lives and neighborhoods don’t really matter is woefully pervasive. But it doesn't stop there. No matter if its development in Ferguson, Clayton, the Central West End, Grand Center or downtown St. Louis, “segregated thinking” makes it OK to disproportionately exclude blacks and minorities from the social and economic benefits of inclusion and participation. The segregated mindset will spend more money on incarcerating black and poor people than it will in investing in their neighborhoods or their potential.

I have little faith in the federal investigation or follow-up that will rectify the damage done. Later this month, the Sweet Potato Project will announce a venture that can utilize the bold, diverse passions of conscientious soldiers (young, old, black, white and “other”) who have incited much-needed change in our region. If no where else, they are welcome to help us build strong, safe neighborhoods where their talents, skills and dreams can flourish.

I pray for real, substantial and sustainable solutions that will embolden our young. My hope is that history doesn't record our region as a backwards rendition of the “new south.” Let us insure that the final version of the “Ferguson Tragedy” not be scripted by the privileged and powerful but by the empowered young emissaries of real JUSTICE.
Posted by http://sylvesterbrownjr.blogspot.com/ at 7:47 AM No comments: