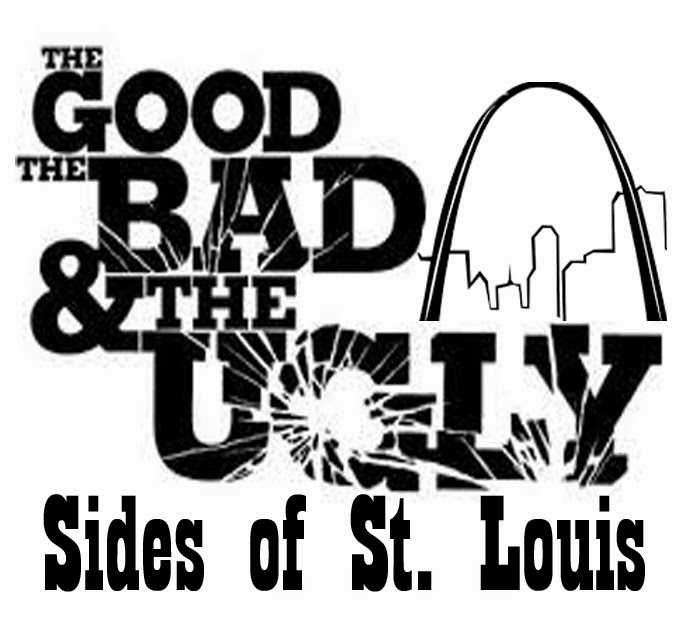 There’s an upside and downside to being born and raised in St. Louis and writing about the region for more than 25 years.

First, the Good; the region has a very cool collective of resilient innovators-people who challenge and refuse to cooperate with the status quo. They do their own thing with the notion that they can bring real, progressive change to the region. They are the folk opening bars, coffee shops and speakeasies on Cherokee and Grand Avenues and in the Grove area. This eclectic group includes college kids who ignore their parents and teacher’s warning to stay on the “safe side” of the Delmar Divide. They are among the proud and strong protesters demanding justice and systematic change. The “good” in St. Louis is also reflected in the works of the Incarnate Word and Deaconess Foundations, Beyond Housing and Better Family Life and other nonprofits and corporations seeking to empower “extraordinary ordinary” individuals in their own neighborhoods.

The flip side is the historically “bad and ugly” part of St. Louis. Those not raised in the region can’t quite understand the segregated mindset that still exists here. They are unaware of the ramifications of “white flight” when the city lost more than half of its population between 1950 and 1970. Those from real metropolises can’t reconcile the open biases and sentiments that led to the violations of the constitutional rights of black residents in Ferguson and beyond, as cited in the recent Department of Justice (DOJ) report. They find it bizarre that city leaders are talking about investing millions of taxpayer dollars into a new football stadium while long-neglected neighborhoods are still in desperate need of economic attention and innovative investments.

Those not raised here can’t quite understand the segregated mindset that still exists.

The systematic “bad” reinforces and validates “the ugly.” These voices were loud and clear when plans to stretch MetroLink's light rail transit system into St. Charles were rejected because voters feared blacks would have public access to steal their TVs. The “ugly” appears daily in the comments section of the St. Louis Post-Dispatch where anonymity gives courage to the most vile forms of blatant racism. There is a strong conservative bend in mainstream media here that coddles its “Red State” viewers, readers and listeners. This might explain why-in a time when St. Louis has been depicted nationally as the “new Alabama”-KDNL (Channel 30) launched The Allman Report.  Nothing personal against conservative talking head Jamie Allman, but it’s a little backwards to choose a platform that doesn't employ diverse voices and widens the region’s historic racial divide.

The “ugly” appears daily in the comments section of the St. Louis Post-Dispatch where anonymity gives courage to the most vile forms of blatant racism.

Like I said, there’s an up and downside to my life in St. Louis. I’m no longer an employed journalist but I can’t shut down that part of me that knows this place; that’s oh-so-tired of seeing the same damaging thoughts and things occur in a region with so much people potential.

I run a nonprofit, the Sweet Potato Project (SPP). Even though it demands my full attention, I find myself stuck between the two worlds of a writer and an executive director. Writing about the bad and the ugly releases me to focus on the good in our region.

We are entering our fourth year of operations and have been blessed with the support of many, many engaged, benevolent volunteers, supporters and donors-small business, corporate and individual. It’s easier to get past the negative when you’re surrounded by people who truly get your mission. We invest our time, talents and resources into empowering young people and disadvantaged neighborhoods. Since 2012, SPP has recruited teens (ages 15-20) from low-income areas of North St. Louis. They “earn while they learn,” receiving a summer salary to plant sweet potatoes on vacant lots while learning essential entrepreneurial skills such as marketing; social media design; business plan and food-based product development. The idea is to show them that there are dignified and self-sustaining ways to generate incomes while improving their communities.

It’s easier to get past the negative when you’re surrounded by people who truly get your mission.

This year, we’re introducing a vacant land procurement initiative. The idea is to invite residents, churches and organizations to lease/purchase land with our students in low-income neighborhoods so we can collectively grow fresh produce. The good news; we already have an institutional buyer committed to purchasing produce harvested through this collective.

This is no pie-in-the sky endeavor. Across the country, the neighborhood and small business impact from locally-grown, fresh foods and sales by local vendors have generated millions that mostly stays within targeted areas. Tower Grove’s Farmers Market, for instance, draws about 100,000 weekend customers per year with annual receipts as high as $2 million.

Like me, there are thousands of good people here seeking ways to reverse the ugly trends stubbornly lurking in our region. I’m not talking just black or white or liberal either. Our program resonates with those who voice the need for “do-for-self,” self-sustaining ideas that can offset crime, violence and poverty in our region.  We invite like-minded individuals to become a part of our long-range mission. Our goal is to create a neighborhood-based food system that promotes land re-utilization, ownership, massive farming, product distribution (major grocers, restaurants, farmer’s markets, etc.) and large-scale development of consumer-ready products from North St. Louis.

There are thousands of good people seeking ways to reverse the ugly trends stubbornly lurking in our region.

To borrow another Clint Eastwood reference; “a man has got to know his limitations.” The writer can now step aside; he knows he can’t change the mindset of the bad & ugly. His counterpart, however-the nonprofit guy-can help make a dent by humbly offering ways for others to get un-stuck from the muck and mire of nonsensical biased rhetoric and practices that unfortunately define our region.

By reaching out to the concerned and connected; by rolling up our sleeves, investing in our young people, redeveloping long-neglected neighborhoods; creating sustainable ways to address “food deserts,” tackling malnutrition, crime, unemployment and poverty while seeding fertile ground for small business growth in North St. Louis, “the good” can effectively reduce the impact, influence and power of the “bad and ugly” in our region.

The Sweet Potato Project is about to start its summer program and it 2015 land acquisition initiative. We need your support. Please visit our website and donate today.  Thank you.-SBJ

Posted by http://sylvesterbrownjr.blogspot.com/ at 1:33 PM No comments: