Tishaura Jones and the 1990’s Redux 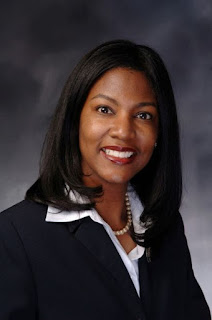 I was employed by the St. Louis Post-Dispatch from 2003 to 2009. One of the most inspiring aspects of the job, was reading the words of its founder, Joseph Pulitzer, posted on the marble wall in the publication’s lobby. In part, Pulitzer said the newspaper would:

“…always fight for progress and reform, never tolerate injustice or corruption…always oppose privileged classes and public plunderers, never lack sympathy with the poor, always remain devoted to the public welfare…never be afraid to attack wrong, whether by predatory plutocracy or predatory poverty.”

It didn’t take long for me to realize the betrayal of those laudable words, especially after Lee Enterprises bought the newspaper in 2005. This was the time of upheaval for newspapers across the country. The Internet was proving to be a major advertising competitor for print media. Widespread fear of losing revenue led to layoffs, retirement deals and it created a shift in how the Post-Dispatch presented news.  From my vantage point, it placed the concerns and wishes of the Red-State readers, the “privileged class,” Mayor Slay, downtown developers and “public plunderers” way above the concerns of liberals, ordinary citizens and “predatory poverty.” Not only does it tolerate “injustice and corruption,” the PD promotes the concerns of the powerful with puppy-like zeal.

Take for example its recent hit jobs against only one of the slate of mayoral candidates-city treasurer, Tishaura Jones. Let me say up front that I have no dog in this race. Although I have big respect for some of the other candidates, I can’t help but question why so much emphasis has been placed on destroying Jones’ campaign. The treasurer has been singled out for taking 50 trips since 2013 that has cost taxpayers about $27,000.00. The newspaper admitted she has modernized public parking, saved the city at least $5 million dollars and, in fact, increased city revenues. Yet, in typical fashion, it goes out of its way to paint another black politician as unqualified and corrupt.

Although I have big respect for some of the other candidates, I can’t help but question why so much emphasis has been placed on destroying Jones’ campaign.

With no credible sign of malfeasance, despite her obvious transparency and ability to publicly defend her expenses, the newspaper wrote a biased, if not sexist editorial urging voters to “Bring the high-flying St. Louis treasurer down to earth.” Keep in mind, this is the same newspaper that in 16 years, has never questioned the trips, business or family connections or “taxpayer money” Mayor Slay’s spent traveling, lobbying, wining & dining or profiting off rich developers and downtown interest's donations. Because the mayor slurps from the same trough as the newspaper, he gets an automatic pass. The predominantly white and predominantly male editorial board at the PD just makes the insulting assumption that Slay, the white mayor, is always doing the people’s business without question.

Because the mayor slurps from the same trough as the newspaper, he gets an automatic pass.

There’s a benefit to being born and raised and writing about this city for more than 30 years. I remember the shenanigans of politicians and the newspaper’s slave-like attempts to protect the interest of big business and the white power structure. In order to really understand the motivations of the establishment press, we have to take a 24-year trip back to a time when a similar, possible power play caused outright panic in the hearts of St. Louis' oligarchy.

The year was 1993. Because two prominent, white mayoral candidates split the white vote, a black candidate, Freeman R. Bosley Jr. won with 83 percent of the black vote. Prominent, white city leaders freaked out. For the first time in St. Louis’ history, a black mayor and a black comptroller, Virvus Jones, held two of the three-person seats on the Estimate and Apportionment (E&A) board, the uber-influential entity that oversees the city’s purse strings.

In order to really understand the motivations of the establishment press and elite players, we have to take a 24-year trip back to the time when a similar, possible power play caused outright panic in the hearts of St. Louis' oligarchy.

Ray Hartmann, former publisher of the RFT, summed up the quandary confronting whites in his Feb. 2001 commentary:

“But the first time -- the very first time -- whites faced zero representation on the city-governing board, race mattered. It turned out whites had a racial quota (one) for whites on E&A and, further, that they had no problem taking affirmative action -- as an openly organized caucus for whites -- to achieve a race-conscious remedy.”

Jones came under investigation for mishandling campaign funds during the 1993 Democratic primary race for comptroller. He was convicted in 1994 for cheating on his federal income taxes and sentenced to one year in federal prison. To the chagrin of many powerful whites, Bosley turned around and appointed another African American, Darlene Green, who still serves as comptroller today.

White city leaders had only one hope for at least one white vote on the E&A Board. The third seat is held by the president of the board of aldermen. The white aldermanic President at the time, Tom Villa, announced he would not seek re-election in the 1995 campaign. State Sen. Lacy Clay (now a congressman) talked publicly about running for the seat-which meant, if he won, blacks would control all of the E&A seats.

It turned out whites had a racial quota (one) for whites on E&A and, further, that they had no problem taking affirmative action.- Ray Hartman

Hartmann’s editorial spoke of the “insiders” who darkly predicted that St. Louis would become “like East St. Louis” with whites fleeing the city in “even greater numbers than the current exodus” if there were no white representation at the highest levels of city government. He recalled the Nov. 19, 1994 emergency meeting where “white Democratic leaders representing all but two of the South Side's aldermanic wards convened a summit to ward off the danger of this all-black thing.”

The St. Louis Post-Dispatch-the region’s largest daily newspaper- got in on the frenzy by publishing an editorial directly asking Clay, in the name of “fairness,” to stay out of the race. The editorial boldly asked that Clay allow the E&A board to “…have representation from all segments of the city."

The Post-Dispatch got in on the frenzy by publishing an editorial directly asking Clay, in the name of “fairness,” to stay out of the race.

Clay and Bosley succumbed to corporate, political and media influence. Clay, citing pressure from whites, decided not to run in the Aldermanic President’s race. Bosley chose not to back either of the two African American women candidates interested in the seat. The former mayor’s choice created a fissure in St. Louis’ strong black political machine that would soon crumble after the 2001 mayoral race. Instead, Bosley endorsed a white candidate-Alderman Francis Slay-who won the 1995 election and, six years later, in 2001, was overwhelmingly elected Mayor of St. Louis.

In retrospect, it’s clear to me why Jones has become the mainstream media’s major target in this over-populated race. The fact is, she’s electable. She’s proven to be transparent and more than capable of justifying her expenditures. She’s served four years in the Missouri House of Representatives. And, with an agenda of “reform,” she's won city-wide office twice.

I will not be surprised if the Post-Dispatch endorses the single, high-profile white candidate in the mayoral race, Lyda Krewson. She’s a fine politician but she’s the one who’s marched in lockstep with Mayor Slay’s divisive, pro-big business agenda. Not to forget that Krewson’s ward has been the biggest recipient of tax incentives and select neighborhood perks throughout Slay’s terms in office.

In retrospect, it’s clear to me why Jones has become the mainstream media’s major target in this over-populated race. The fact is, she’s electable.

Jones has gained the support of State Sen. Jamilah Nasheed and white, far south side aldermen who’ve publicly exposed and challenged the old, south city, white establishment guard. Unlike, two of the notable black candidates in the race, Jones outspokenly trashed and refused to endorse the multi-million dollar football stadium deal. She’s expanded the role of treasurer with programs such as the Office of Financial Empowerment that teaches residents how to better manage their money. Jones also created the College Kids Children’s Savings Account, a program that will automatically enroll an estimated 6,400 city kindergartners in a college savings program this summer.

For me, the establishment media’s hit-jobs on Jones makes her a more attractive candidate. I personally like how she talks more about “equity” than “unity” as some of the other candidates prefer. The word “unity,” to me, seems like an attempt to address the fears and concerns of Slay and Krewson’s supporters. “Equity” means shaking things up to provide resources and political clout to long-disenfranchised voters throughout the city.

Jones has gained the support of white, far south side aldermen who’ve been publicly exposing and challenging the old, white establishment guard.

This, plus the fear of another black mayor, is the stuff that scares the bejeebus out of folks that the Post-Dispatch and the old guard pamper. Tishaura Jones, as mayor, resurrects the fear of an all-black E&A board and threatens to break up the good-old-boy fiefdoms of short-sighted white aldermen. Her victory will also challenge the complacency of black aldermen who’ve allowed the city to re-segregate itself under their watch.

St. Louis is already stuck in the past. It’s still relying on big-ticket projects and shoring up already stable white neighborhoods. The newspaper, city leaders and Mayor Slay's main agenda is to lure the children of the white flighters (1950s-1980s) back to the city at any cost.

It will take new vision and gutsy leadership to drag the city into the 21st Century and make it a more eclectic, diverse and modern metropolis.

I am not endorsing or supporting Tishaura Jones’ campaign…not yet anyway. However, as I watch biased, racial politicking and the same old dirty, media tricks from 25 years ago, I feel compelled to share what  I know from decades of writing about our city.

Let us not fall for the okey-doke. Let us not be misled by a mainstream media that’s reliant on business-as-usual.  Since the Post-Dispatch has seemingly abandoned Pulitzer’s Platform, apparently it’s up to the voters, to: “...fight for progress and reform." It's the role of an informed electorate to "never tolerate injustice or corruption and always oppose privileged classes and public plunderers.”

Posted by http://sylvesterbrownjr.blogspot.com/ at 5:41 PM 5 comments: