Right Now, there is a kid…

Right now, on this day, at this moment, there is a kid….
He or she may be 12 or 22. This kid no longer believes in his parents, his president or his country. She/he now understands that “democracy,” “freedom of speech,” “protect & serve,” “due process” and “justice for all” are all convenient, regurgitated, adult lies.

Right now, this kid grapples with the memory of a 200-pound cop’s knee pressed against his, her or a grandmother’s neck, roped like a mad steer outside the Gap’s door.
She has seen the trusted “man in blue” gleefully, willfully, tactfully, militarily and purposefully surround her, trap her, spray her, shoot at her, assault her, ridicule her…and then, arrest her for doing the “right thing.”

Right now, this innocent, brave, bold and righteously rebellious kid no longer relishes in the comforts of childhood. She/he has been thrust face-first into the bowels of hypocrisy, smeared with the 241-year-old shit of the Founding Fathers.

Right now, this kid who is black…or not, who is poor…or not, who is gay…or not, now knows their rights, their “freedoms,” are not as sacred as that of a Nazi or a Skinhead. He/she can’t understand why the “very fine people” with torches and guns, blabbering racist, anti-sematic sounds are better received than a football player who placed a knee on “hallowed” ground.

Right now, a kid has been teleported to the 1960s. This time, however, the tools of vicious, slathering dogs, skin-blistering water hoses and raw, naked aggression has been upgraded with left-overs from middle-eastern excursions. This time, “the occupiers” occupy their streets, steal their narrative and relegate their principles below profits.

Right now, compromised adults teach their young to compromise. Children must now figure out their place in a country that’s vowed to be “GREAT”… again.   These pubescent souls must make the premature decision to become rebels, outsiders or mindless followers. Right now, today, at this moment, they must choose to be someone who stands for something or falls for anything.

Right now, there is a kid…

Posted by http://sylvesterbrownjr.blogspot.com/ at 7:02 AM No comments:

The Real Question: “What’s Your plan?” An open letter to the St. Louis Post-Dispatch’s Editorial Board 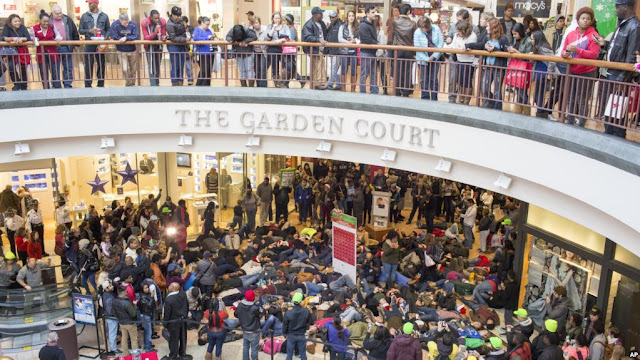 When did the St. Louis Post-Dispatch decide its editorial board should reflect the sentiments of 70-year-old, white men? Was it back in 2005, when you were acquired by Lee Enterprises? Or, was it more recent? Was it during the mayoral race earlier this year when one, black, female candidate put you on national blast for your curmudgeonly, good-ole-boy focus on derailing her campaign?

When did the Post-Dispatch decide its editorial board should reflect the sentiments of 70-year-old, white men?

Your Sept. 18th editorial, “Mayhem is not a plan. Protesters need to outline their goals,” to me, was a throw-back to 1960s-style journalism that criticized civil rights protesters while simultaneously stoking the fears of white folk.
Let's start with the opening word of your piece: “Mayhem.” Seriously? You define an entire breathtaking, bold movement, consisting of thousands-blacks, whites, old, young, and “other,” by a handful of acts of vandalism?
This is reminiscent of the days of 1963, when white people, especially, were fearful that the infamous March on Washington, led by Dr. Martin Luther King, Jr. would lead to riots. The Chicago Sun Times amplified those fears, writing:
“This is the day of the march for civil rights in the nation’s capital and the dread specter of possible violence hangs over the proceeding.” 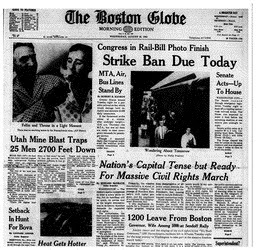 Around that same time, days before the march, NBC News hosted a program with a group of all-white, all-male panelists who interviewed Dr. King and NAACP chair, Roy Wilkins. The first question, from journalist Lawrence Spivak, was this:
“There are a great many people who believe it will be impossible to bring 100,000 militant Negroes into Washington without incident and possibly riots.”
One would think the Post-Dispatch would understand the dangers of amplifying widespread fears of whites when it comes to black protesters. Consider the June 10, 1966, cover of Life Magazine. Above a photo of actress Elizabeth Taylor was the blaring headline; "Plot to Get 'Whitey': Red-hot young Negroes plan a ghetto war." 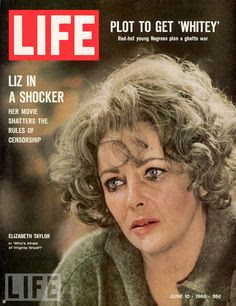 No, you’re not as blatant as Life Magazine, but your words describing an “unfocused movement,” with “angry people” who are just venting and causing “meaningless destruction,” feeds the narrative that justifies abusing, arresting and intimidating protesters, supporters and sympathetic business owners.

When I first started at the Post in 2003, the higher-ups wanted me to spend time in the editorial room. They thought I could learn a thing or two from seasoned reporters before I started writing my columns. I did. I was thoroughly impressed (and a bit intimidated) by the wit, knowledge and historic recall of the editorial writers. I listened to guys like Bill Freivogel and Richard K. Weil-reporters who witnessed and reported on the civil rights era. I can only imagine them visibly wincing and rejecting such a divisive and demeaning word as “mayhem” to describe today’s protest activities.
How is it your board sees “mayhem” first as history unfolds before your eyes? Why aren’t your reporters following the young protesters to jail? Instead of reinforcing the narrow-minded description of angry, black looters out to destroy businesses, why aren’t you telling stories, putting human faces on those risking their livelihoods for justice? Why aren’t you helping your readers understand why a 20-year-old, white kid from the ‘burbs is willing to take a cop’s knee to his/her neck, pepper spray in their face or arrest for a cause that, mostly, impacts people who don’t even look like them?

How is it your board sees “mayhem” first as history unfolds before your eyes?

You see mayhem, I see a very progressive, divinely diverse, creative and resilient movement. Has the fear of losing ad revenue or push-back from pro-cop supporters and “red state” readers caused you to abandon your role as keepers of the 4th Estate? During the civil rights era, most American newspapers forced the country to confront its ugliness, its hypocrisy and its utter brutality. 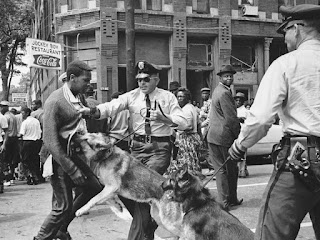 Your whole thesis revolves around the need for protesters to have “a plan.” Without a clearly “articulated goal,” you naively claim, those poor government officials, police and business leaders will have no solutions to work toward. Let me be perfectly clear; protesters protest. Their job, as Dr. Martin Luther King, Jr. wrote in his infamous “Letter from Birmingham Jail,” is to fight racial injustice. The “goal” of the demonstrations, he added was “to dramatize the issue (so) that it can no longer be ignored.” 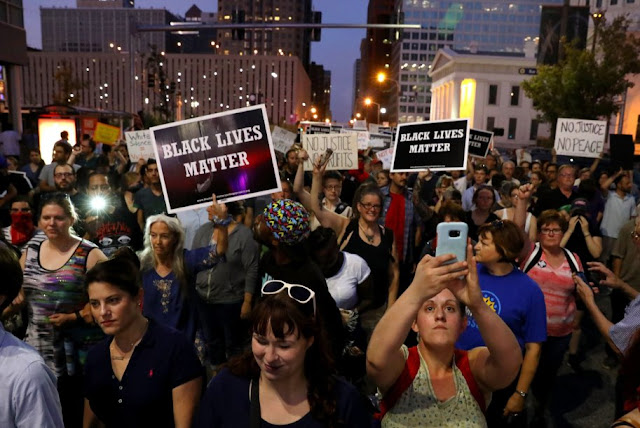 I would say today’s young protesters are living up to the legacy of 1960s.

Their job, as Dr. Martin Luther King, Jr. wrote in his infamous "Letter from Birmingham Jail," is to fight racial injustice....to dramatize the issue (so) that it can no longer be ignored.”

In your editorial, you claim protesters have no goals but toward the end, you quote Rep. Bruce Franks, who outlined them succinctly:
“The reason we’re out here is because we’re dying, so when we stop dying, when we stop being affected disproportionately by the system, then we’ll take a break.”
What part of Franks’ explanation escaped your “journalistic” reasoning? 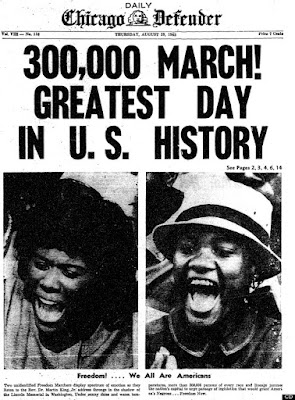 It wasn’t the obligation of protesters during civil rights, woman’s rights or gay rights movements to have the plans. Their job was to highlight and confront the issues. Leaders like King, Jessie Jackson, Susan B. Anthony, Gloria Steinem, Cesar Chavez, Audrey Lorde and Harvey Milk articulated and implemented the plans. These individuals led demonstrations that forced politicians, business and church leaders and, yes, newspapers, to adopt and push “plans” that made the country more equitable for all its citizens. In this area, there’s still much work to do.
It’s incumbent on those of us not in the streets, not in the jails or not being beaten or pepper-sprayed to do our part as well. I have a plan. I’ve been writing about “race” and our city for more than 30 years. My plan is to keep using my words to inform, perhaps persuade and challenge media outlets, like yours, when you bastardize our profession.

It’s incumbent on those of us not in the streets, not in the jails or not being beaten or pepper-sprayed to do our part as well.

Secondly, my goal is to put vacant land in the hands of young and poor people so they can grow food and create an economic engine in low-income neighborhoods that lead to sustainable jobs, small business growth and neighborhood stability.
That’s two small plans. Better Family Life, Beloved Streets, Good Life Growing, Inc., the Urban League, the Arch City Defenders, the ACLU and dozens of other agencies and nonprofits have plans to address injustice, offset inequity and empower poor people.
So, the real question, Post-Dispatch, is; What’s your plan?
Is it to continue your role as a propaganda tool for police? Is it to remain a spoke in the wheel of systematic racism and oppression? Will you go forward with the exchange of dollars for journalistic dignity? Do you plan to become relevant again?

Will you go forward with the exchange of dollars for journalistic dignity?

Focusing on the few instances of destruction and property damage while ignoring thousands of examples of bravery, humanity and historic alliances is a cowardly cop-out.  Calling for protesters to present a “plan” only serves as cover for journalistic laziness. It’s a manipulative distraction from the fact that “leaders” in our region are the ones with no plan. You, PD, are among those with no gumption and no backbone to seriously addresses rogue cops, the killing of unarmed black men or to take on the powerful but biased, pro-cop criminal justice system that condones murder and intimidation.
In closing, Post-Dispatch, be “the plan” you’re trying to shift to others.

Sylvester Brown Jr. is a writer, community activist and executive director of the Sweet Potato Project, a program that seeks to empower low-income youth and adults through land-ownership and urban agriculture.

Posted by http://sylvesterbrownjr.blogspot.com/ at 2:59 PM 15 comments: