on December 15, 2016
St. Louis has been cited as on of the most segregated cities in the country. City leaders have basically ignored all the racial, social and economic disparities noted in numerous studies after the police shooting of Mike Brown. In fact, the Ferguson Commission's report stated that segregation and inequality as two of the major factors that led to the unrest in our region. The report recommended that the region move "affirmatively forward" in overcoming pervasive patterns of segregation by fostering more inclusive equitable communities.

I’ve just returned from a wonderful yet surreal experience at Harvard University. A small group of St. Louisans including myself, Michael Allen founder of the Preservation Research Office, Kathryn Cawvey with HUD, David Dwight with the “Forward Through Ferguson” group and Will Jordan, Executive Director of the Metropolitan St. Louis Equal Housing & Opportunity Council.

We were among other academics and professionals invited to critique a studio project titled “Affirmatively Further: Fair Housing After Ferguson.” The presentations were made at Harvard's Gund Hall Graduate School of Design. This interdisciplinary project encouraged teams of future architects and city planners to bring forth innovative, outside-the-box ideas on fair housing, land use, vacancy issues, land trusts, gentrification, segregation and much more.

Last year, Harvard and Washington University formed a collaboration through the Mellon Foundation-funded “Divided City” Initiative. This four-year urban humanities enterprise focuses on the intersection of segregation and urban separation locally and globally.  In just under a year, the partnership has resulted in some of the most courageous conversations, in-depth analysis of St. Louis segregation (past and present) and viable ideas to address our malady. 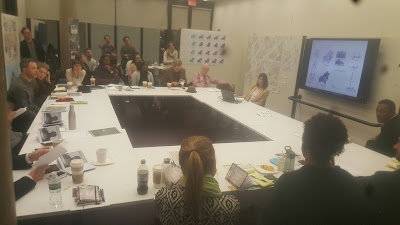 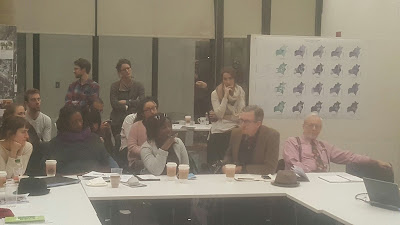 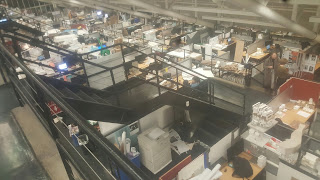 That was the “wonderful” part of the visit. The “surreal” part was sitting in a room bombarded with progressive, inclusive ideas with the overwhelming fact that St. Louis is not a segregated region by accident. In fact, not only have we been segregated for decades, there are politicians, city planners and very, very rich developers deeply embedded in re-segregating the city with public money today.

The Harvard graduate student's ideas were thoroughly impressive. However, we live in a racially-regressive city where billions in public money has been doled out to white developers, corporations, and already stable, majority white neighborhoods. The 15-year-old attempt to lure white people back to the city has gone without significant push-back from long-term black aldermen who've offered no plan to thwart race specific development in the region.

Still, there is hope. After March 7th, we will have a new mayor and, hopefully, hopefully, drastic new and inclusive direction in development. Several black candidates are on the ticket. Before leaving the session, I encouraged the organizers to make the information public to help politicians, city leaders and citizens expand our limited definition of “development” and aggressively revert from what seems to be a bizarre 21st Century trend in planned segregation.

As an offering of what good may come, here's a peek at the treasure trove of information we received during the “Affirmatively Further…” session.

“My Grove” by Astrid Cam Aguinaga, looked at the displacement and gentrification issues related to the expansive growth in the Forest Park Southeast (Grove) section of town. The proposal suggested a Real Estate Tax Transfer (RETT) grant designed to help residents and local community development agencies create strategic plans to fight gentrification while empowering low-income residents to maintain and own properties that includes them in the vastly-growing development in the Grove area.

“Understanding St. Louis’ Tax Incentives” by Cory Berg. This project analyses the use (or overuse) of tax increment financing, tax abatements and special tax districts to fund new development projects in the region. The project attempts to break incentives into understandable and manageable terms so that everyday tax payers are more informed and empowered to use these tools to expose racial and socioeconomic bias, determine how their tax dollars are used and provide better transparency. The goal is to empower citizens to address racial inequity and use tax incentives to ensure low-income neighborhoods have the same benefit as wealthier and whiter areas have had over the past 15 years.

“Reclaiming Harlem Creek” was a proposal submitted by Kent Hipp that looked at the Metropolitan Sewer District’s five billion dollar plan to overhaul the region’s sewer system. Hipp’s proposal includes an improved “buyout process” for disposed homeowners, an alternative green infrastructure vision and a network of public spaces aimed at improving home values, community health in addition to solving storm water management problems. I can see this project as a valuable tool to local groups such as the Wells Goodfellow Urban Vitality & Ecology Initiative (UVE) Pilot Project that’s already working to make sure the sewer system overhaul results in maximum economic and social benefits in low-income areas of the city.

Because of what we’re trying to do with the Sweet Potato Project, the “Learning from the Occupied Vacancy” project by Ximena de Villafranca hit home with me. It looked at how people use their vacant lots next to their homes (Mow to Own) and expanded the concept with other tools citizens can use to strengthen local economies, improve food access, build safe places for kids expand affordable housing in poor neighborhoods. The project argues that we can only turn vacant properties into viable, desirable alternatives by empowering people living among the city’s vast areas of vacancy.

Other presentations included an effort to create permanent housing and healthy, productive relationships between the expected 1,000 Syrian refugees coming to predominantly black St. Louis neighborhoods; developing a community-controlled land trust partnership with private developers to unique value to underserved neighborhoods; creating a Pruitt-Igoe memorial near the National Geo-spatial Intelligence Agency (NGO); building a public plaza on Delmar near the Loop area where youth can “claim rightful space in the public realm” and more.

Some ideas are new while others can be used to expand current or desired developments in the region. It is my hope that Harvard’s “Divided City” partner, Washington University, works especially hard to make sure that this valuable information doesn’t languish in the halls of Academia but somehow becomes essential tools in making St. Louis a truly more inclusive and progressive metropolis.
Divided City Initiative Forest Park Southeast Gund Hall Graduate School of Design Harvard University Metropolitan Sewer District tax incentives the Grove Washington University

White Folk: You Must Own This! 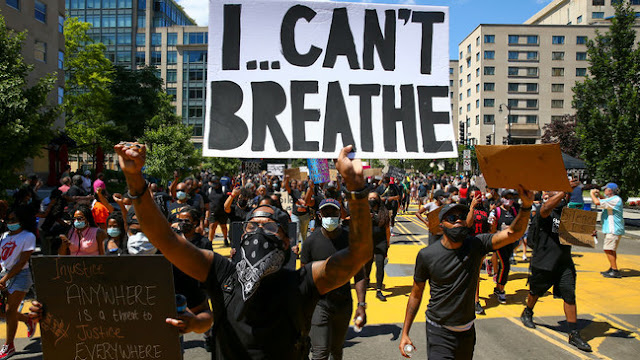 The Gift of Covid 19

“It’s. Just. Too. Much!” Those words dominated my mind ever since the coronavirus struck America. Suddenly, death was in the air, thousands were dying (blacks disproportionately), businesses and schools were forced to close, people were ordered to stay home, the economy tanked, a psychopathic, unqualified president was on TV every day lying, denying and giving bizarre, dangerous medical advice. Then, we watched live, via video, a black man shot and killed by a white father and son while jogging and another black man dying with a cop’s knee on his neck while crying out for his mother. It was all just too much. Too much to take, too much to understand, too much to reconcile…too much to breath.  It was (and perhaps still is) an apocalyptic period straight out of the Book of Revelations or any end-of-the-world cinematic narrative. And then, the unexpected: The killing of George Floyd was universally condemned by politicians, policemen, the public at large and even 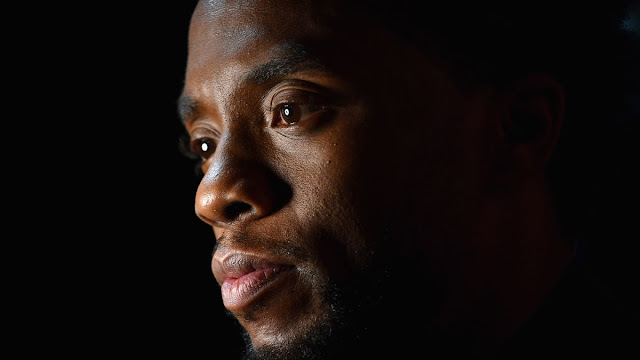 And then Chadwick Died

…and then Chadwick died Actor Chadwick Boseman’s death from colon cancer struck hard. The news of his demise at the tender age of 43, deepened my funk, cemented my sense of dread and despair. It was a dark reminder during a particularly dark time. The night before Boseman’s death was announced, the Republican National Convention (RNC) had just concluded.  The entire four-day spectacle was laced with a sickening stream of unsubstantiated, unmitigated, out-and-out lies. Yet, it worked. According to a recent CNBC/Change Research poll, the approval of President Donald Trump’s handling of Covid-19 rose, while concerns about the coronavirus fell in six 2020 swing states. With more than 180,000 deaths, how in the hell could concerns about the still growing virus fall anywhere in America? I was grieving, what seemed to me, a country on life support. The idea that a president’s popularity could rise after his utter incompetence fueled so many deaths, is mind-blowing.   How could a m